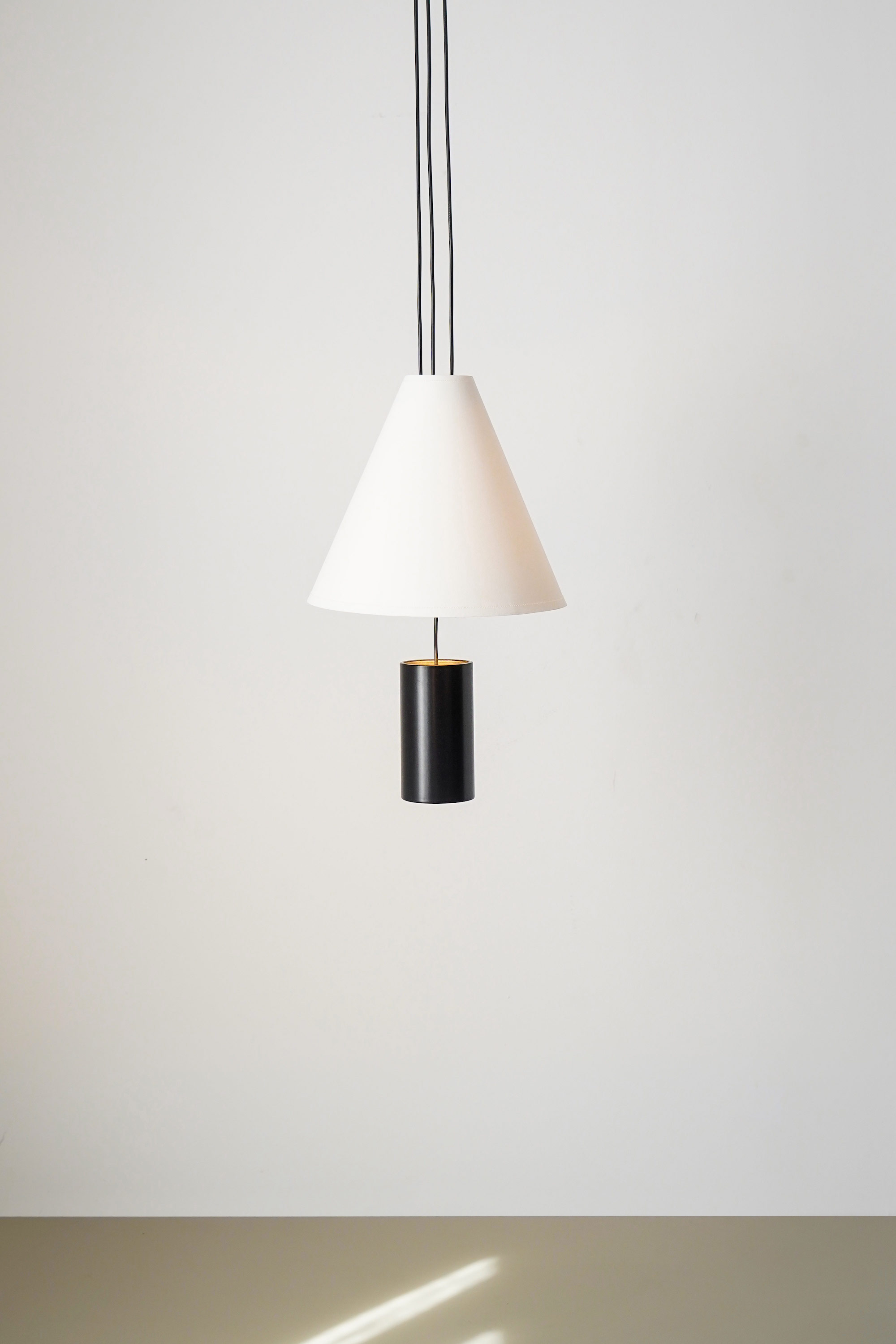 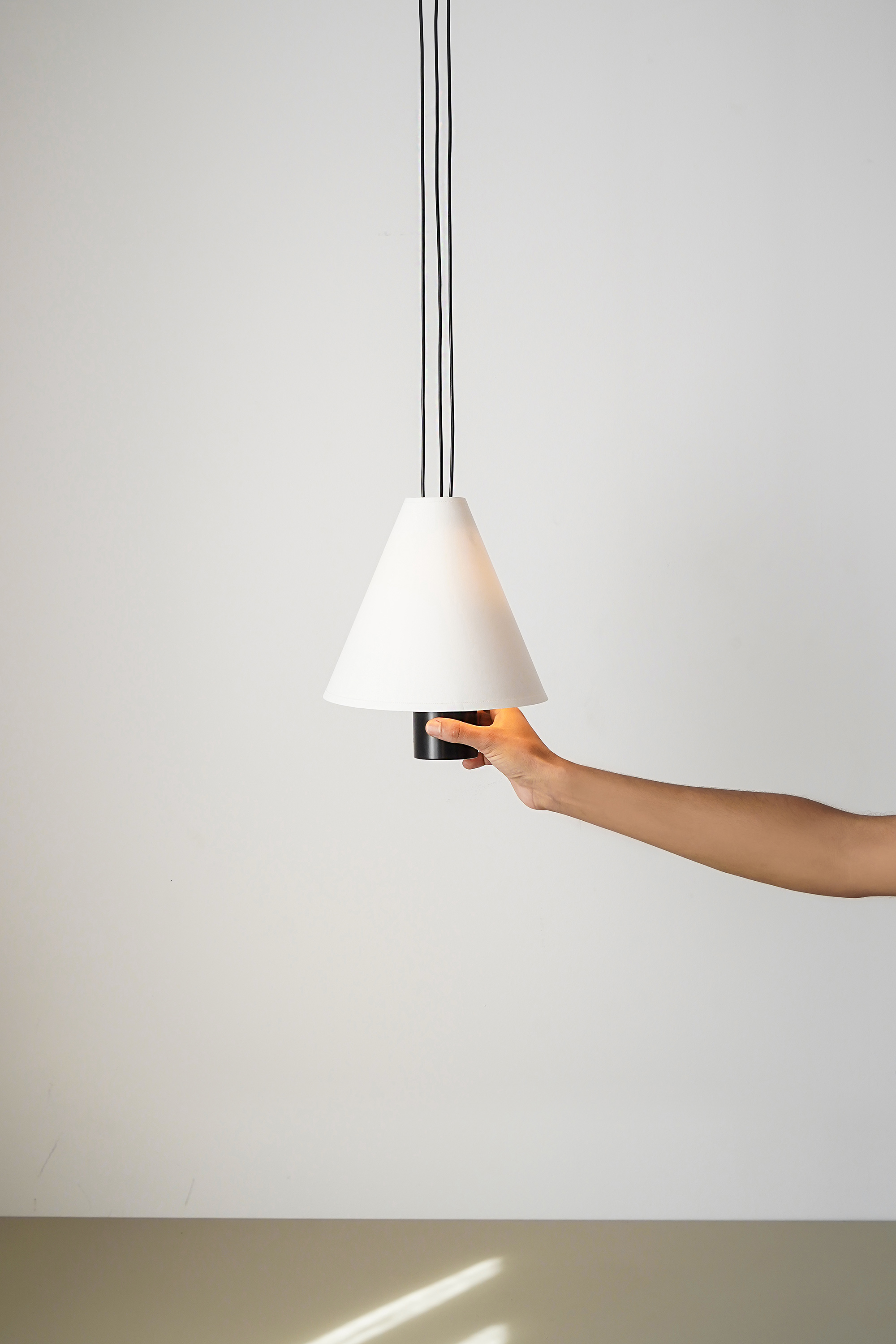 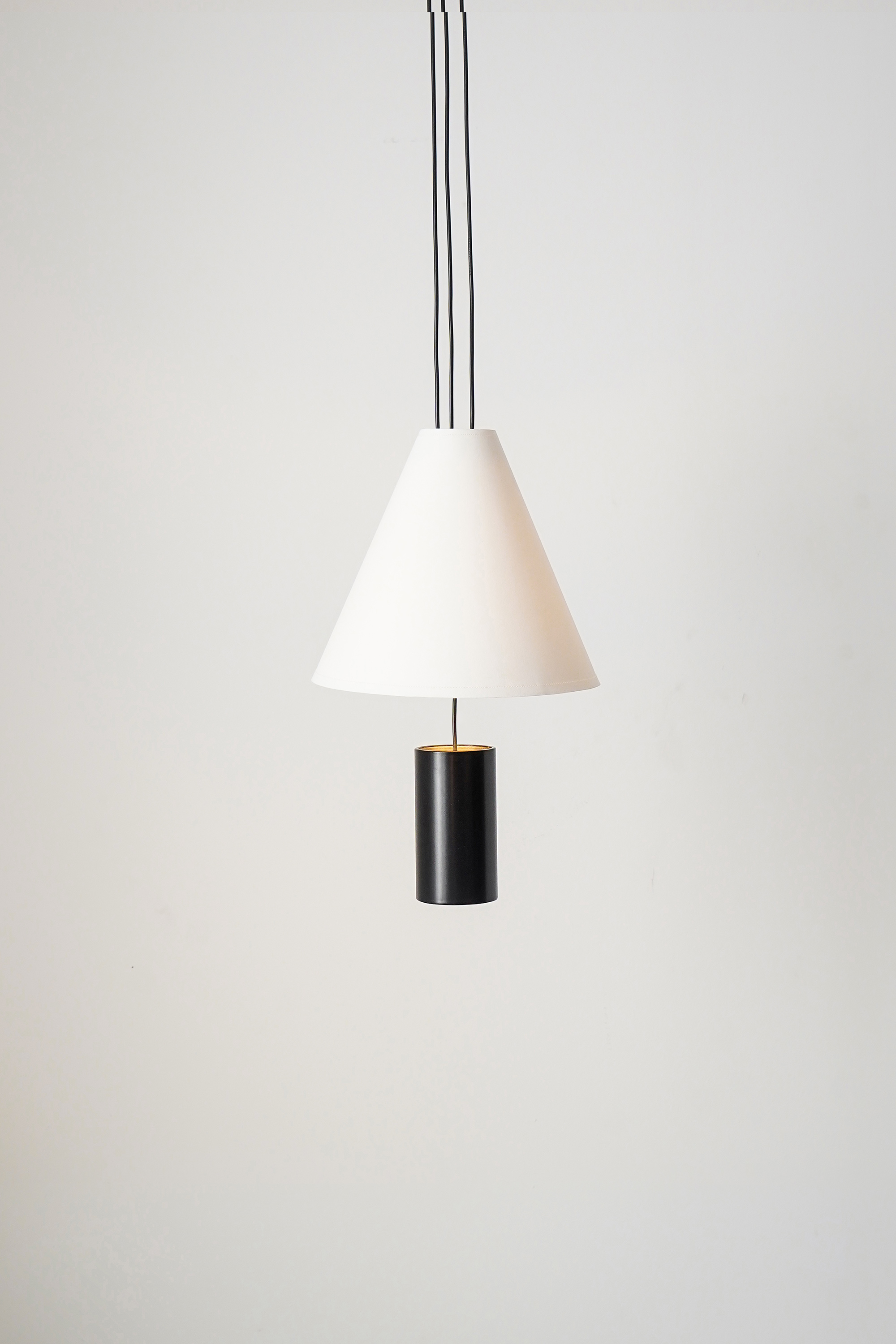 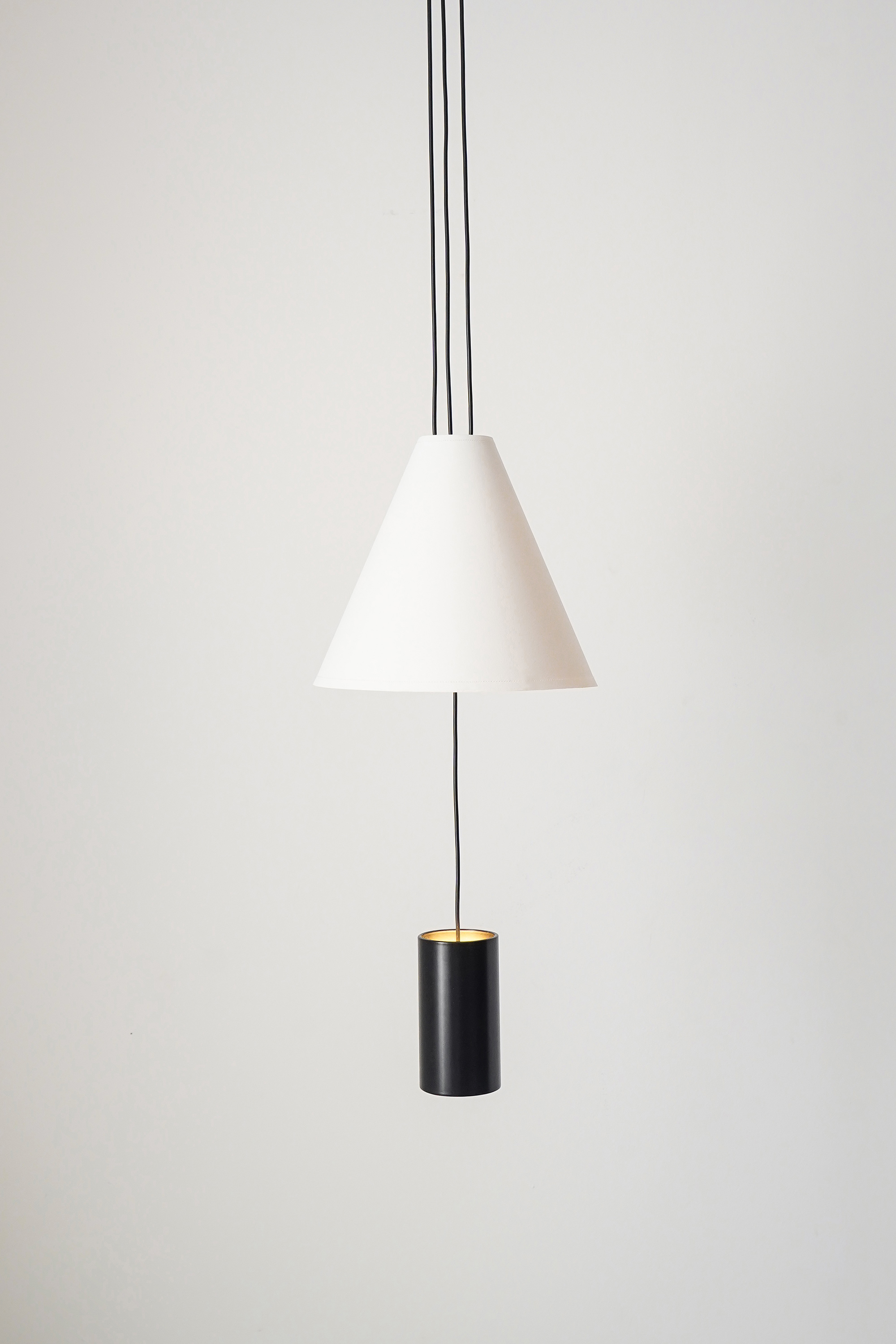 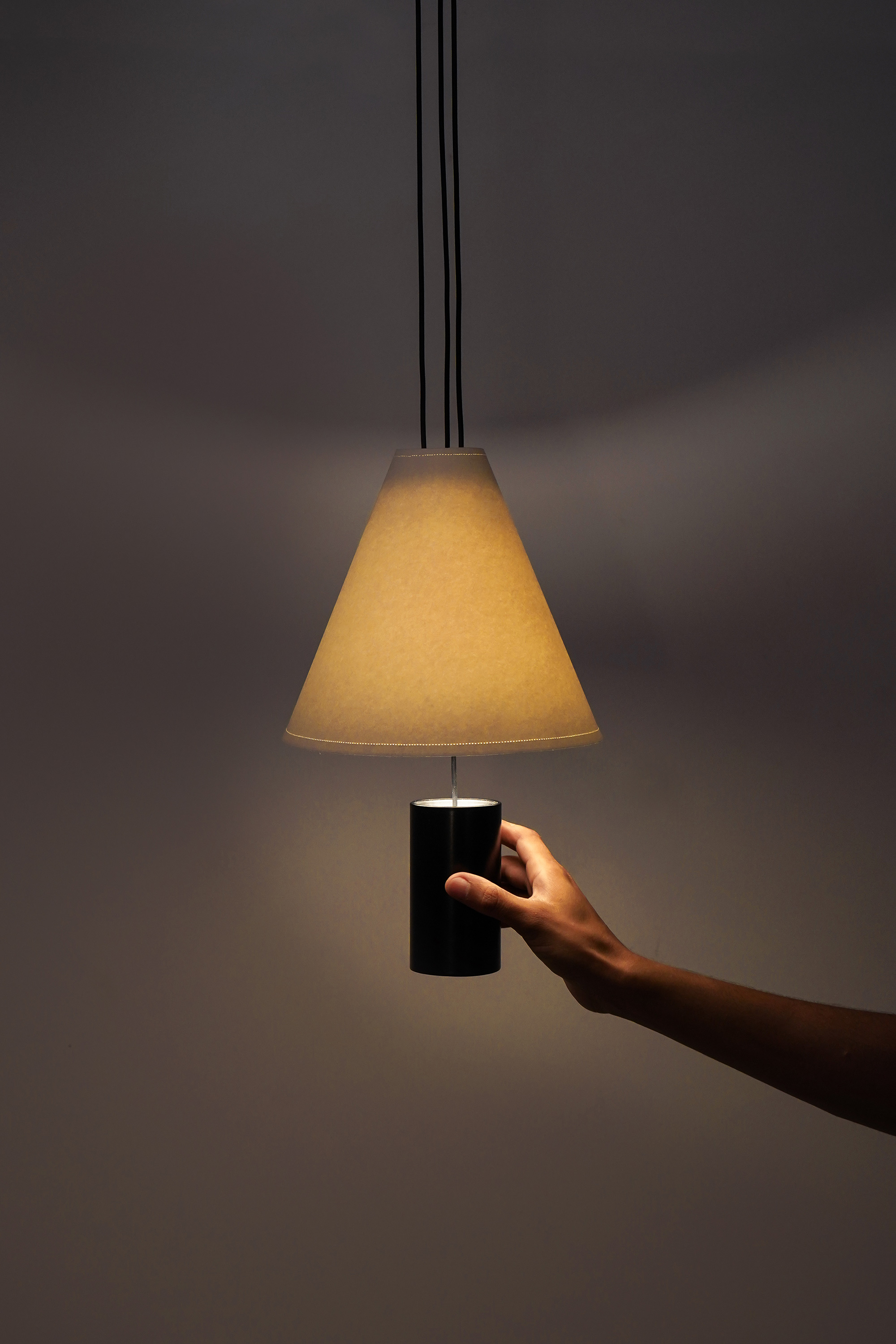 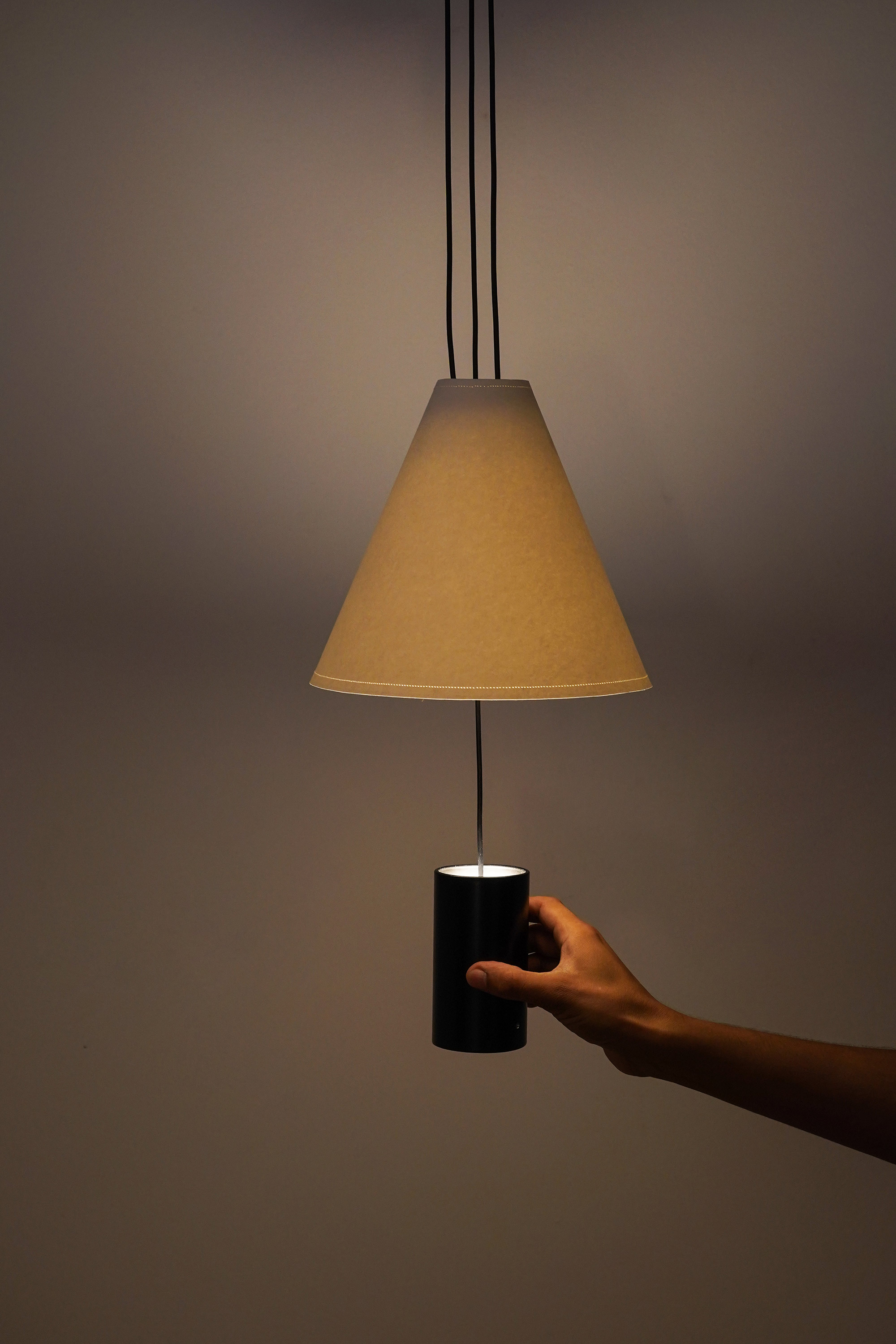 Inspired by the traditional mobile ceiling lamps, Campana simplifies its structure with a particular contribution: the point of light is separated from the screen to join the weight in the same piece, creating with its movement a range of intensities and light projections. The screen and the spotlight approach each other reflecting a concentrated and ambient zenithal light, while as it moves away its light fades until it is projected towards the ceiling, giving rise to a general light.